Interesting Facts about Cebu City, the Philippines' Queen City of the South

We already know Cebu City for its beautiful beaches, historic landmarks, and delightful cuisines but there’s more to the city than meets the eye. In celebration of the city’s 84th Charter Day, we have gathered some interesting facts about Cebu from Sunstar, the city’s leading newspaper. You may have or have not familiar with these but here are some interesting facts about Cebu City.

Did you know about these facts?

1. Cebu City is the first Spanish settlement in the Philippines.

Historian William Henry Scott, in his book “Looking for the Prehispanic Filipino: and other essays in Philippine history,” said that on June 4, 1565, Rajah Tupas, the last Rajah of Cebu, signed the Treaty of Cebu with Spanish navigator Miguel Lopez de Legazpi after being defeated by the colonizers. The treaty made Cebu the first and the oldest Spanish settlement in the Philippines.

2. The oldest street in the country is in Cebu City.

Among the interesting facts about Cebu City is the street of Colon. The National Historical Institute has recognized Colon Street as a historical landmark. Historically, Colon is the oldest street in the country. On May 17, 1999, the government built an obelisk at the end of Colon, declaring the city’s main thoroughfare as a national landmark.

Inscriptions on the obelisk say: “Colon St., known also as Parian, is the oldest street in the Philippines.  The Spaniards arrived in Cebu in 1565 and made the very popular Cebu street. Moreover, the said fleet was a flotilla of the vessels San Pedro, San Pablo, and San Juan under the command of Miguel Lopez de Legazpi.”

Etymologically, the street was named after Italian explorer Christopher Columbus whose Spanish name is Cristóbal Colón.

3. Cebu City is the home to the oldest surviving Catholic relic.

Another interesting fact you should know about Cebu is its Catholic treasures. According to Rene R. Escalante, chairperson of the National Historical Commission of the Philippines, in an online message on January 30, 2021, announced that the Basilica Minore del Sto. Niño de Cebu Church and the image of the Sto. Niño is to be declared a national cultural treasures by the National Museum on April 14, 2021.

In fact, historians consider the image of the Sto. Niño as the oldest surviving Catholic religious relic in the country. The Holy image was a gift of Ferdinand Magellan in 1521 to Hara Humamay.

In 1565, it was found in a burning hut by Juan Camus, one of the soldiers of Miguel Lopez de Legazpi. However, it was later entrusted to the Augustinian missionaries who until now are still the caretakers of the image.

4. The oldest fort in the country is found in Cebu City.

One of the interesting facts about Cebu City that makes it tourism-worthy is Fort San Pedro.

Interestingly, this Fort is the oldest of its kind in the Philippines. This historical landmark owns the honorary title given by tourism officials “The Grand Dame of Cebu City Heritage Sites.” Fort San Pedro, both a garrison and fort, was built by Spanish and native Cebuano workers under the command of Miguel Lopez de Legazpi.

Additionally, Fort San Pedro, or the Fuerte de San Pedro, is the smallest but oldest triangular fort in the country. Two sides of the fort are facing the sea. When it was still an active fort, cannons protected the two sides. On the other hand, a strong wooden fence protected the front side of the fort.

Filipino revolutionaries took over the fort at the end of the 19th century. During World War II, the Americans used it as an army camp for their military troops.

5. The city holds the biggest and grandest festival in the country.

Cebu City is home to the Sinulog Festival, the biggest and grandest festival in the country. The celebration of this mardi gras falls every third week of January. Both religious and cultural activities highlight the monthlong celebration.

Sinulog dates back to the pre-Spanish period when Cebuano natives dance in honor of their wooden idols and anitos.

When Ferdinand Magellan gifted Rajah Humabon and Hara Humamay the image of the Sto. Niño, Cebu natives continue to dance the Sinulog in reverence to the image.

In 1981, David S. Odilao Jr., then regional director of the Ministry of Sports and Youth Development, organized the first-ever Sinulog parade.

6. Cebu had trains and Cebu City served as the central station.

Yes, Cebu used to have trains operated and built by the Philippine Railway Construction Company. The railway spanned 90 kilometers linking Danao in the north and Argao in the south of the province with Cebu City serving as the central station. However, the chaos wreaked by World War II damaged the railway which led to the permanent cease in the railways’ operation.

7. The Philippines had a Cebuano president.

Osmeña was instrumental in gaining commonwealth status in 1935 after heading missions to the United States to argue the country’s independence.

A second placer in the Philippine Bar Examination, Osmeña founded the Nacionalista Party. In addition to his political titles, he also founded El Nuevo Dia, a Cebu-based newspaper in the 1900s.

Cebu is almost synonymous with lechon, or roasted pig. The world-famous Chef Anthony Bourdain referred to Cebu’s lechon as the “Best pig, ever.”

This authentically Cebu delight also rounds into our list of interesting facts about Cebu.

Normally, if you have lechon, then it will never be complete without “puso” or hanging rice on the side.

Historians’ documentation showed that the natives have already been using puso even before the Spanish arrival in the Philippines.

Traditionally, puso was first used as a ritual object among the village farmers in Taptap, a mountain barangay of Cebu City. Now, this original Cebuano food is always a part of the menu wherever you dine in Cebu. 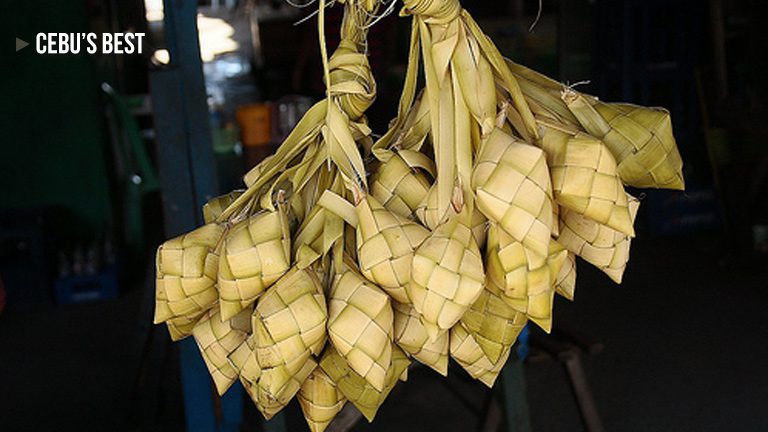 10. Cebu had a revolving restaurant.

The 15-story-high LUDO and LUYM building on the corners of Osmena Boulevard and Plaridel Street was once the tallest building in the southern Philippines.

Interestingly, the building construction began in the early 60s and completed in the 70s. It was not just the tallest building in the region. Yet, it was also a Cebu landmark, which boasted of the only revolving restaurant in the country.

In addition, it was also once the home of television giant GMA and Shoemart (SM) before being converted into Sundowner Hotel and later The Centrepoint Hotel. (MVG)

Why Learn English Online? Here are 10 Reasons Why You Should!