ABS-CBN lost its application as House of Representative’s buck grant of the new franchise after the 12 House hearings, which lasted for 36 days. The networking giant stopped its operation after lawmakers at the House of Representatives denied the Philippines’ leading broadcaster’s application after 12 hearings, with 70 committee members voting to deny its franchise application, 11 against and with 1 abstention and 2 inhibitions. The said violations led to the leading network lost on renewing its franchise application.

When the leading network lost its franchise renewal bid, the entire Philippines was in total disbelief. The news became the major topic in social media by netizens, but sadly, the committee’s decision was firm and irrevocable. For TV watchers, the news about the ABS-CBN’s network loss of franchise renewal was an additional burden.

The leading network in the Philippines was first shut last May 5, following ‘the issuance of a cease-and-desist order’ (CDO) by the National Telecommunications Commission. The NTC silenced the Philippines networking giant a day after the legislative franchise expired on May 4. 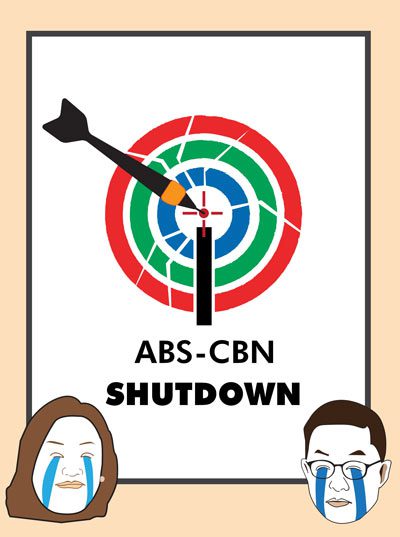 The Philippines’ leading network suspected that ABS-CBN’s franchise renewal loss was merely a political decision arising from the Duterte’s ire to the network. It is apparent that ABS-CBN allegedly opposes the Philippine leader’s brutal war on drugs since 2016. The House of Representatives, on the contrary, clarified that the said decision is not a violation of press freedom.

“It is what it is — a denial of a privilege granted by the State because the applicant was undeserving of the grant of a legislative franchise,” the house committee stated, stressing out the said decision not a mandate of Duterte and is not a violation against freedom of the press.

During the 12 House hearings, the lawmakers probed on violations of the leading network. According to the lawmakers, ABS-CBN, the Philippines leading network ABS-CBN lost franchise renewal bid because of its violations on the citizenship of ABS-CBN chair emeritus Gabby Lopez; “possible” violation of the constitutional prohibition against ownership and management of mass media by foreigners; use of Philippine Depositary Receipts; questionable and unjust, if not immoral, tax avoidance schemes; ABS-CBN’s apparent use of a dummy; and ABS-CBN’s less-than-exemplary labor practices.

House Speaker Sen. Alan Peter Cayetano cited the hearing as impartial and thorough. “Because of the highly partisan nature of this issue, we know from the start that this will be difficult to resolve. There would be those who will vehemently disagree with the committee’s decision, no matter what they resolve,” he said.

However, those who voted “Yes” on the network’s franchise renewal said the result of the House hearing disheartened them. According to them, the TWG recommendation for a resolution denying the franchise renewal is a departure from the truth, justice, and reason.

ABS-CBN President and CEO Carlo Katigbak iterated that the network will remain committed to public service.  Besides, he is still hopeful to continue its mission on serving the Filipinos.

The entire ABS-CBN protested about the Congress hearing’s irrevocable decision, which declares the leading network lost the franchise bid. “It deeply hurts us that the Committee on Legislative Franchises has denied the franchise application of ABS-CBN. We believe that we have been rendering service that is meaningful and valuable to the Filipino public. We thank the Committee for allowing us a chance to air our side,” Katigbak said.

“ABS-CBN would like to thank all the congressmen who stood by their bills to renew our franchise. Thank you also to those who spoke out on our behalf during the hearings. We are forever grateful.  We also thank everyone who expressed their support and offered their prayers for us,” the CEO heartily accepting the fact that the leading network lost franchise.

Connect with us by reading our daily blog post at https://qqeng.net/.

The international staffs will answer your questions.