Learning English in the Philippines is Worth it!

For decades, America continues to lead the world as a hub for English language learning destination for foreign students. Annually, the USA welcomes about 900,000 foreign students with Asians constituting half of the total number. However, in recent years,  a growing number of Asian students are switching to learn English in the Philippines. One important factor for this transition is mainly about practicality, that is learning English in the Philippines is practical, affordable, and efficient. Clearly, the Philippines now take the title as the world’s budget English teacher.

For more than a decade now, the Philippines has been competing in the English language industry thanks to its adaptation of world-class English teaching methodologies. Despite being a developing country, ESL schools across the country have magnified their learning resources by adopting learning resources used by English schools in the UK and the US.  For instance, English schools are adding teaching methods like the Callan Method and Berlitz, the lexical approach, etc. Moreover, learning English in the Philippines gives ESL learners a combination of education and leisure experience.

The Philippines is fastly becoming the world’s emerging ‘Study-English Powerhouse’. The American-colonized nations showed an exponential increase in ESL students learning English in the last 10 years. Though the US, the UK, or Australia are classic places to learn English, many foreign students say that learning English in the Philippines is worth it. Why? It’s much cheaper. And despite the global competition heating, the Philippines continues to attract people from countries in Asia, Europe, the Middle East, and Latin America.

The Southeast Asian country cashes in on ESL learners who wanted to improve their English skills by offering affordable rates on English tutorials both online and offline. English teacher, Jesy King, that an ESL student only needs pays $500 for a 60-hour class – that’s just a third of the course price in the US or Canada.

The dominantly English-speaking nation of 104 million is quickly becoming the education center of Asia. In recent years, ESL students opted to learn English in the Philippines because of the country’s low prices, open culture, beautiful destinations, and quality schools.

According to Jose L. Cuisia, the Philippines Ambassador to the US, Korean learners topped the number of ESL students learning English in the Philippines.

As of 2018, the Bureau of Immigration (BI) has issued 59,428 special study permits (SSP) to foreigners who wished to study in the country. The figure is almost tripled over the last five years, as the BI had issued only 22,561 SSPs in 2013, he added. 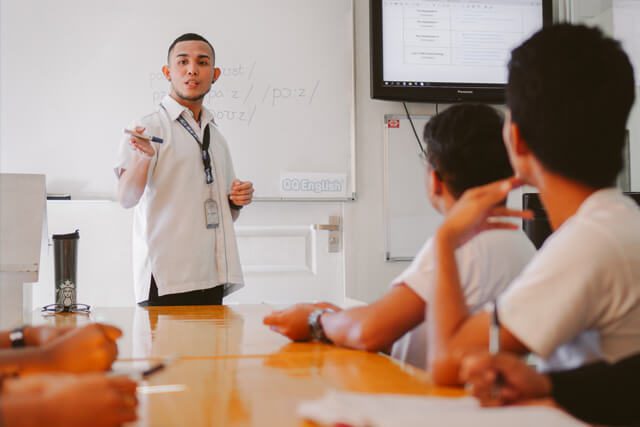 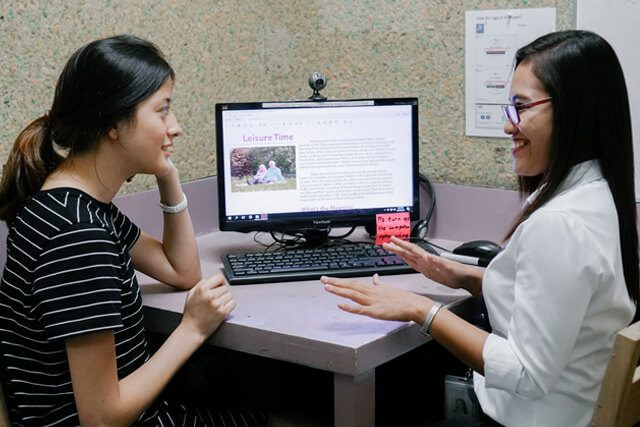 DOT Undersecretary Benito Bengzon Jr. branded the Philippines as the 3rd largest English-speaking country in Asia. Explicitly, 93.5% of the entire country’s population speaks and understands English. As a result, the boom in Education tourism is continuing, with ESL schools are cropping out of the country because of the country’s high-proficiency English rating.

Despite being a neophyte compared to the UK and the US in teaching English, the Philippines remains the world’s prime destination for English Language Learning.

Besides being the 3rd largest English-speaking country in Asia, the Philippines is also among the best in Asia. EF Proficiency Index rated the nation 60.14, the 2nd best in Asia and the 20th in the world.

The island nation is in a unique position to benefit from the global demand for English education because of the strong American influence. American colonialism introduced the English language to Filipino’s in the early 20th century. Though it did not become the native language of most Filipinos, English became the official language. Consequently, Filipinos speak English with a strong American accent. Today, the Philippines markets itself as the world’s third-largest English-speaking country.

Apparently, learning in English in the Philippines gives ESL learners the chance to use English every day. The truth is, Filipinos speak English more than the national language. ESL students can practice in a way that most communications are done in English. The English language is the language used in public signs, television, and the Internet. Moreover, theaters no longer use subtitles in the Philippines.

For over 60 years, the influence of the Americans contributed greatly to the evolution of Philippine English. Closely similar to American English, linguists from Oxford English Dictionary (OED) cited Philippine English as legitimate and considered the English variant an important part of World English’s.

Apart from learning English, the Philippines is also a worthy country to visit because it is a world tourist destination. ESL learners get to enjoy the beautiful landscapes of the tropical region.

The island nation has 7, 107 islands for ESL learners to enjoy. ESL schools in the Philippines sometimes offer weekend excursions to their students as part of their educational package. The majority of these learners, especially the younger ones, find the convenience of studying English while enjoying wonderful sights.

For instance, ESL schools in Cebu would arrange their weekend tours for their students. They would take their students on trips to experience Whale Shark Watching in Oslob or Island Hopping in Mactan Island. Others would go for a weekend escapade to the neighboring islands of Bohol and Negros. The Philippines is the best place to learn English in Asia because its tourist spots truly define what a paradise is.